Brain Fitness: 3 Tools Anyone Can Use to Create Peak Performance

Did you know that flow state helps achieve peak performance?  That training your brain allows you to harness its full potential?  Brain fitness can be improved through mind-centering techniques. Learn three techniques to help you get in the zone and achieve your goals.

What is peak performance?  The broad definition is being in a heightened mental state in which the person performs at the top of their ability and is characterized by a lack of self-consciousness, and feelings of confidence. The person easily experiences her mind and body as completely synchronized.  During such states, moment-to-moment decision making is fluid and precise, and the outcomes feel effortless.

There are different kinds of activities an individual can be engaged in during peak performance states.  It could be a primarily cognitive task, such as writing, or a physical task, such as playing a sport.  To have such an experience, you don't have to be performing at the level of an Olympic athlete or a concert pianist.  At any level of skill, the average individual can reach peak performance state. This can be in any activity you want to focus on - athletics, work, or cooking. It is possible to cultivate the ease and harmony of mind and body synchronization with all activities.

The flow state is another term that describes the state one is in during peak performance. It is the official name of the feeling we have when we say we are "in the zone". The term flow state was coined by positive psychologist Mihály Csíkszentmihályi from his decades studying happiness and creativity.  In his book, Flow: The Psychology of Optimal Experience, he describes it as:

"Being completely involved in an activity for its own sake. The ego falls away. Time flies. Every action, movement, and thought follows inevitably from the previous one, like playing jazz. Your whole being is involved, and you're using your skills to the utmost."

The qualities include awareness, concentration, clarity of the goal, loss of self-consciousness, and ability to focus on the task at hand.  He describes a key component as being engaged in a task that it not perceived as too hard nor too easy.  Ability and the task must be well matched in order for flow state to occur.

The key feature of a peak performance or flow state is our brains function changes dramatically.  Steve Kotler describes in his NY Times article:

"In flow, as attention heightens, the slower and energy-expensive extrinsic system (conscious processing) is swapped out for the far faster and more efficient processing of the subconscious, intrinsic system. “It’s an efficiency exchange,” says American University in Beirut neuroscientist Arne Dietrich, who helped discover this phenomena. “We’re trading energy usually used for higher cognitive functions for heightened attention and awareness.” 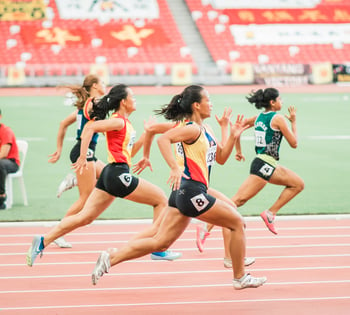 Have you ever been so prepared for a performance, that you don't even have to think about what you're doing? For example, making a net in a basketball game, giving a fantastic presentation at work or remembering all your lines during a play. When we are well-prepared, time flies by and we may not even be able to explain why we did so well. This effortlessness is a key characteristic in peak performance.

In order to perform at our best, we must not only be prepared with knowledge, but also with a centered mind. When we are stressed, worried or nervous, we distract ourselves from the task at hand. Have you ever been at a meeting while you are worried about something else? Odds are, you constantly checked your phone for updates, zoned out or simply could not focus on whatever was being said. Your brain was divided, and not able to give 100%.

The same is true for any important activity. When we are not centered, our brains perform below our full potential. Tasks that should be effortless become difficult and cumbersome. Luckily, there habits that can improve mental focus and prepare the brain to enter flow state.

How do we create peak performance?

Some tools available to help enhance peak performance include:

These tools help to calm and center your brain to prepare it to enter flow state. When we are stressed or worried, it interrupts the mind-body dynamic that is essential for achieving peak performance. All three of these activities work by increasing mindfulness and the communication between physical and mental. 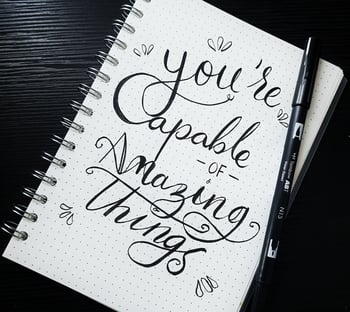 Studies on peak performing athletes show that those who engage in a regular practice of positive self-talk outperformed athletes who did not have such practice.  We all know what it feels like to be criticized for work versus when we are encouraged and valued.  The key is whether we wait for comments from others or we actively talk to ourselves in a way that's positive, and accurate.  And practicing quality self-talk improves our self-esteem and confidence.

Here's a practice to try once a day before falling asleep: 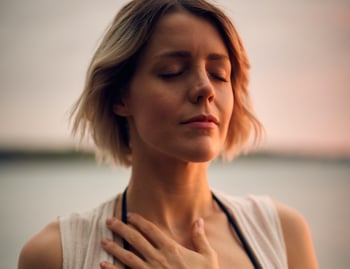 While there are biofeedback devices to help create a state of physiological regulation needed for peak performance, some biofeedback techniques work to achieve a flow state without needing anything except awareness. Biofeedback is defined as consciously altering your peripheral nervous system, such as through altering your breathing rate, which shifts autonomic nervous system functioning.  Some people use biofeedback devices to achieve physiological changes, such as a heart rate variability monitor. However, the results can be achieved without using a tracking device.

Here is a breathing technique to create cardiac coherence.  Slowing the breathing cycle can lower the heart rate and also signals to the brain through a signal that goes up through the vagus nerve to the brain and alerts it to shift out of a stress response and into a relaxation response. A growing trend in brain training to achieve peak performance is with neurofeedback where the individual can work directly with the brain wave activity to create new patterns.

Scientists researching peak performance have found that the brain wave pattern changes when we go into the flow state.  Our brains shift from the fast-moving beta wave of waking consciousness down to the far slower borderline between alpha and theta.

In neurofeedback training, the automatic functioning brain is learning through precisely timed feedback, millisecond by millisecond, about its own EEG or cortical activity.  Through the feedback process, which interrupts our habitual brainwave patterns, the individual more effortlessly can shift into alignment with here-and-now needs.  By becoming synchronized with the present, peak performance states are possible.

Being able to focus single pointedly on a task is also enhanced through completing a neurofeedback training program.  Neurofeedback helps with managing the stress response.  As a result a trained brain is less likely to be caught in the habit of distraction, being mentally speedy and constantly scanning the environment, all habitual reactions to stressors.

Athletes Who Use Neurofeedback 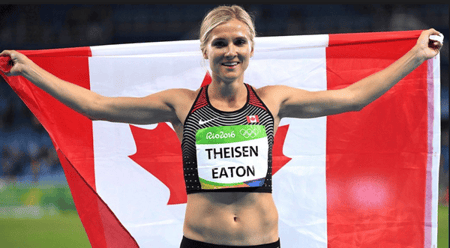 Brianne Theisen-Eaton, former Canadian Olympics competitor in track and field knew that the key to her success in Rio for gold was mental.  Her solution was to integrate biofeedback and neurofeedback into her training regimen.

“[The sports psychologist] literally places things on my head that read my brain waves, and it gets my body temperature, my skin conductances, respiration and all this stuff,” Brianne said. “You play these games where you have to learn what focus is for you. And once you get the focus, there are hard numbers that prove it.”

After the birth of her second child, U.S. Beach Volleyball Olympian Kerri Walsh-Jennings also started neurofeedback in Los Angeles as part of her mental training to create more flow state.

"My training has always focused on physical agility but brain training helps sharpen my mental agility as well," she says.

Using neurofeedback for peak performance is not just for elite athletes.  The brain's ability to quickly change states is based on changing needs in any given moment. Whether it's having undistracted focus on how the body needs to perform in a competition or on homework or a work assignment, the key is the brain's ability to tune into present needs and then change states to brain patterning appropriate for the current task.  That's what the automatic-functioning brain learns through a series of neurofeedback sessions.

Peak performance is wider topic than could be covered within a single article.  Take a look at our additional resources. 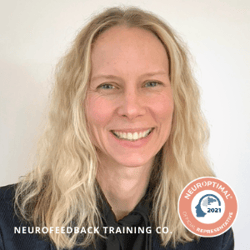