Is Peak Performance Accessible To Anyone?

In today's competitive world the ability to work at one's best, with efficiency is an essential asset for success.  But the ability to focus and stay focused is taken for granted in our culture.  It is assumed that the techniques taught in school are sufficient and effective for a lifetime of success at work. 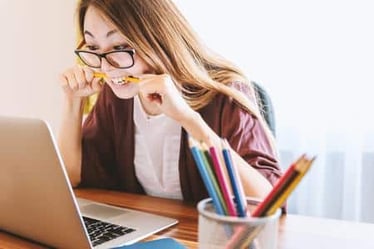 Historically the training was in endurance: focus for long periods on one subject. By the time a student reaches high school, they should be able to sit down for a three-hour exam and complete it without becoming distracted.  Despite the years of training in sustained focus through the educational process, some students still struggle.  And that struggle may continue into adult work life.

Recent research has showed this strategy of teaching endurance and trying to concentrate for long stretches is not the most effective for optimal work performance.  Working in 20 minute bursts and the 4-day workweek have been shown to be as or more effective.  The growing area of research into optimal or peak performance is showing that many factors create the best conditions for our best work.

Is it possible to learn to focus, and beyond that, to achieve a state of peak performance when doing problem solving, writing, or any mental work for sustained periods?  Before we delve into the scientific explanation, it is important to understand a couple of concepts such as peak performance.

What is peak performance?

Peak performance is what it sounds like: the ability to do a task-whether mental or physical- at an optimal level. For example, if a musician is playing a concert and is in a state of relaxed focus, where they are playing at their best, it is said that they are in a state of peak performance. 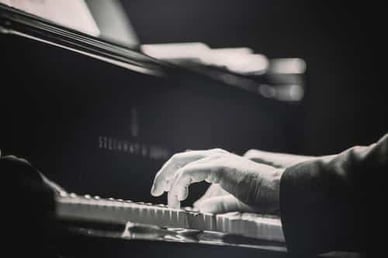 Performing optimally gets the best results most efficiently.  Something we can all use in our tasks, being able to focus and stay with accomplishing the task without being distracted and having to start over or figure out where we were.

Another related term is the state of flow. As defined by professors Jeanne Nakamura and Mihaly Csikzentmihalyi,  flow is “the experience of complete absorption in the present moment.” Being present and genuinely engaged with your content helps produce the best results.  Flow state can come and go and is accessible by anyone.

Going further into this topic, in an article from Psychology Today, Christopher Bergland makes this important distinction between being in a state of flow (or just “flow”) and a higher level called, superfluidity. This two-tiered system emphasizes that practicing a state of flow is achievable for almost anyone, but entering a state of superfluidity is much harder.   The superfluid state is harder because it comes out of honing expertise-whether it's in the arts or athletics-over years.  Superfluidity contains the ability to transcend any resistance to performing flow in a group context.  Bergland uses the example of instances of professional soccer games where the team is in a state of superfluidity. 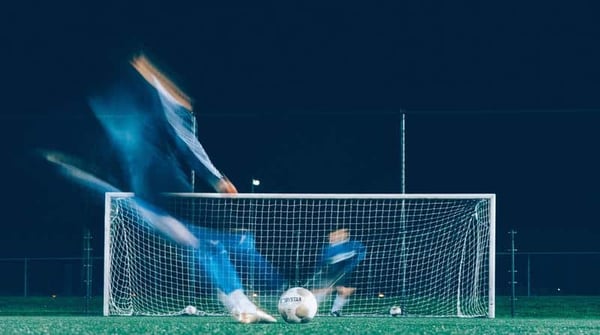 Take Brian Justin Crum’s performance of Creep by Radiohead as an example of the difference between flow and superfluidity. When he performed the song live on America’s Got Talent he immediately started showing deep emotion humbling the audience with his raspy, raw voice. The performance went on without a hitch, showing that he potentially reached superfluidity.

Compare this performance to his music video with no audience, where the same effect cannot be found despite still singing beautifully. He was in a state of flow, but his performance was not at the same level.

While it may be possible to enter a state of flow every week or for periods every day, reaching superfluidity is much harder to control and is arguably past what most people would call a peak performance. 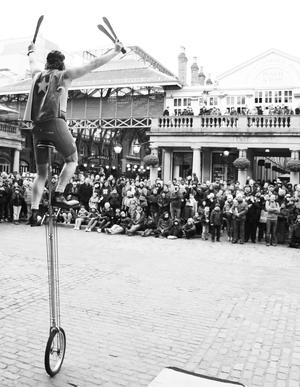 It requires a level of expertise and, as Malcolm Gladwell notes in his studies on expertise, at least 10,000 hours of practice.  A state of flow can become superfluid as expertise is honed over time.

The shift in thinking by peak performance researchers is that the experience is on a continuum with two variables involved: the right elements being present in any given moment can produce times of flow or peak performance, and one's expertise.  The latter is required for superfluid experiences but not necessary for flow experiences that anyone can access with the right elements of: intention, focus, relaxation and body/mind synchronization.

How to create a state of flow and peak performance?

Peak performance experts have put together the elements that create the state of flow and lead to peak performances.  There are eight elements to flow as described by Csikszentmihalyi.

The next question is if peak performance is accessible to anyone, what are the practices that help, for example, achieve greater ability to concentrate and focus?

Brain Training Tips: How to Achieve Peak Performance at Work

What helps focus and concentration?

One newer brain training tool to help with focus and concentration is neurofeedback.  It is being used more by parents for their children's school performance and athletes, such as Tiger Woods, who integrated neurofeedback into his training after his addiction treatment. 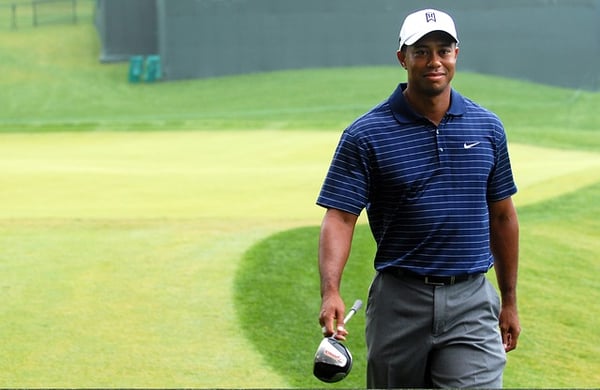 How does Neurofeedback brain training help focus and flow?

What is neurofeedback?  This non-invasive brain training uses sophisticated software that reads the brain's electrical communications and feeds back that information so learning and ultimately, performance optimization, can take place. 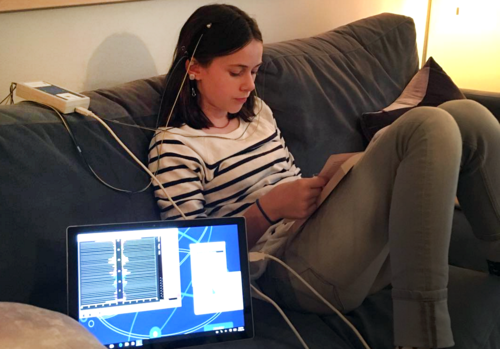 The design relies on newer concepts in psychology that are still being researched. One of those concepts is neuroplasticity. Simplified, neuroplasticity is a human’s adaptability as reflected in how the brain can change its structure based on learning. The reason why children can learn new skills so fast is because the developing brain is easily changed due to billions of unassigned neurons.  (Think of power cables that do not have a use yet and are easily accessible assign a route.) 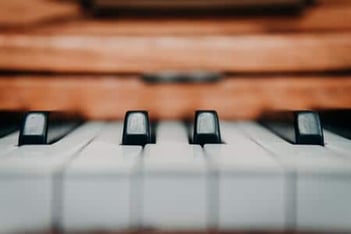 Adults can also learn new skills because new neural pathways can form. Take the example of learning how to play the piano. Before taking a lesson, playing the piano is hard because there are no neural pathways setup. When you hit keys, you don’t know what to expect. The brain does not yet know what keys correlate to what sound, and what a chord sounds like when multiple keys are played together. Taking lessons allows the brain to form a neural pathway as it learns the new behaviors associated with playing an instrument.

Discovering how the brain learns to optimize itself has allowed neurofeedback to be created and thus become the latest powerful life hack.  For centuries humans have revealed different techniques used to focus the mind for optimal performance. From meditation and mindfulness to breathing exercises, there are many techniques that are used to focus attention one pointedly.  With neurofeedback, the measurement tool is an electroencephalogram (EEG) which collects the brain activity in real time and is fed back to the individual so that habitual patterns, such as those that create distraction instead of focus, can be observed.  With this new information, change is able to happen, and in the case of creating flow state, focus and calm can replace a scattered unfocused mind.

By using the natural neuroplasticity of the brain can change itself, optimize to create greater flow and, with expertise, superfluidity.

Does brain training help improve focus and memory?  Using brain training systems, such as NeurOptimal® neurofeedback, have shown promising effects on concentration and mental acuity, as shown in the LA Times article.  The studies show there are correlations between brain training programs and reduced risk of cognitive decline.

As reported by Joyce Shaffer in a large-scale review of studies looking at neuroplasticity and cognitive decline, individuals with novel and enriched environments over longer periods of time, had a consistently positive impact on maintaining cognitive functioning as individuals aged.

Specifically with neurofeedback, one case study of an Olympic athlete who used brain training, showed increase in brain activity in the location known to be associated with confidence sport performance. In this case, the athlete seems to have been helped by the neurofeedback in gaining back confidence after injury. 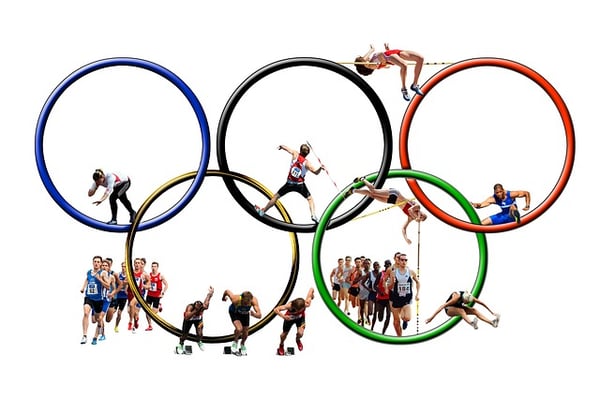