What is Advanced about NeurOptimal® Version 3.5

After six years of redesign, NeurOptimal 3 is out.  What is new and what has stayed same? Find out what makes the latest version stand out. Better user interface, simple one-touch features, and software capturing higher brainwaves and 20 target zones. Discover new NeurOptimal 3.5 today!

Why do I need to know about the NeurOptimal® 3

Clients who simply want to see improvement in their wellness may ask themselves: will I gain anything by knowing which version of the software we are on? In our eight years of helping clients meet their wellness goals at our neurofeedback centers, we found that an educated client is more satisfied and sees better results. 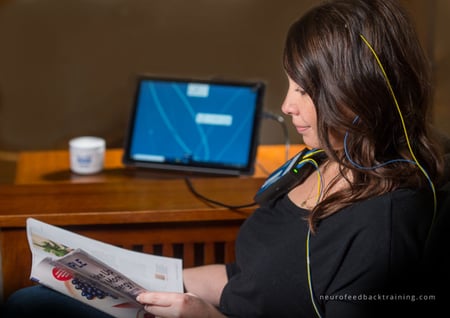 By becoming educated about how it works, new features of the NeurOptimal® device, and the limits of the technology, clients empower themselves to optimize its value in meeting their wellness goals. So yes, knowing about the NeurOptimal® 3.5 has its benefits!   In spring of 2018, version 3 of the software was launched after a year of anticipation and excitement for professionals previously using version 2.0. Engineers who previously worked at NASA spent over six years on the project, and we were excited to see the new advances in software development.

The testing stage alone took over a year to perfect their goal of having seamless interaction with Windows in order to minimize users' need for tech support calls.  The software had to interact perfectly with Windows so there would be no crashes, or problems with the program running smoothly every time.

The History of NeurOptimal®

How does NeurOptimal work?

NeurOptimal® is the only Dynamical® neurofeedback on the market and has been used by wellness professionals for over 15 years.  The software works on the premise that the individual brain is its own expert, which has been confirmed in neuroscience with discoveries surrounding neuroplasticity and neurogenesis.  Give the brain good data and it will use it to optimize because the brain is always trying to use its energy to make the most efficient and effective decisions. 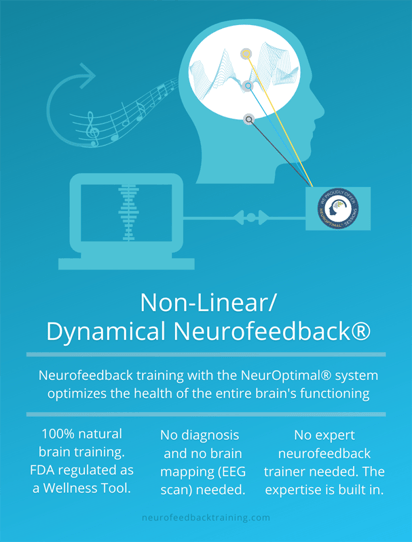 The neurofeedback software uses mathematical calculations that translate the brain's main communication, electrical currents, into brain waves frequencies.  The data is collected through EEG sensors pasted to the sides of the head and clipped to the ears.  These sensors only collect information, nothing goes back to the brain through the wires.  The neurofeedback software collects 256 data points per second and at the exact millisecond that the brain's electrical patterns change, feedback is given.

The feedback is given through micro-interruptions in music that plays during the brain training session.  The brain's natural way to keep track of changes in the environment is through listening.  This is not the listening we do when we're concentrating on sound, it's the passive listening that's always happening. For example, the listening that wakes us up when a child whispers "Mom" when we're sound asleep.

The alerting process that happens throughout the training session is a precisely timed back-and-forth dynamic process that happens between the brain and the software.  When alerted, the brain can pay attention to what is habitual in itself.  The brain is an information processing center designed to optimize its use of energy and make the best decisions. The key to optimizing its functioning is having good, real-time information.

What does optimization look and feel like?  Because the brain is involved in a lot of different areas of functioning (sleep, cognitive skills, memory, mood, our reactions to stressors, language, and the list goes on....), we can create shifts in a number of areas when we train our brains.

Clients often focus on just one or two goals but because NeurOptimal® is designed to target overall functioning, you can see changes even in areas where you weren't expecting them.

Ways to boost the effectivenes of neurofeedback for families training together

Why the NeurOptimal® System?

The NeurOptimal® neurofeedback device design integrates the neuroscience of how the brain optimization with the Eastern wisdom traditions of energy and optimal states for transformation.  The software and hardware have been updated for over 30 years to perfect the system.  In a recent interview, Dr. Valdeane Brown, the co-inventor, explains some of the influencers (it may get too technical in parts but you get the idea). 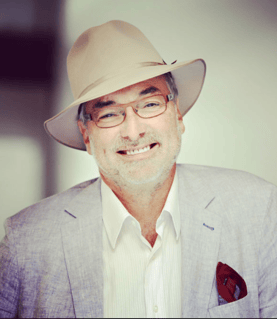 "From a very young age I had learned Chinese martial arts, particularly the Neijia or “internal arts,” as well as yoga and Buddhist meditation.  Those trainings were important precursors to the work that I chose to do originally as a psychologist. I had already been reading existential phenomenology philosophy and psychology in high school including Heidegger, Husserl, Sartre, and Camus among others.

When I went to Georgetown University I pursued two degrees: one in philosophy and one in psychology.  Ultimately, Georgetown refused to grant both degrees even though I had enough credits so I chose the B.S. in psychology.

During my last year in high school, which was my junior year as I graduated early, I had also been auditing a course on Psychoanalytic theory practice given in the psychiatric residency program at Georgetown Medical school.  I also continued this class in my first year as an undergraduate student at Georgetown.

The course was taught by Bill Stockton, MD, who became a mentor and second father to me.  It was then that I discovered just how much of a phenomenologist Freud was, especially in how he described his experiences in developing psychoanalysis and that reinforced my sense that existential phenomenology was a great paradigm to integrate my life’s vision.  Namely, a neurofeedback training program that incarnated Freud’s vision of the “psychic apparatus” based on energy transformation and that is what ultimately became NeurOptimal®.

How did this process involve existential as well as my past history in Chinese martial arts, yoga and Buddhist meditation?  It’s not a short subject to introduce.  Existential phenomenology is focused on the structure (ie phenomenology) of experience (ie the existential) and as I became re-interested in neurofeedback in 1990, which is when the technology began to get sufficient computational power to do effective Joint Time-Frequency Analysis aka JTFA.

I became very interested in the experience of neurofeedback sessions, especially the structural differences in the actual recorded EEG between those sessions judge by both the trainer and client as being ‘useful’ (whatever that means to them) versus those they didn’t agree were ‘useful.’  If one thought a session were useful but the others didn’t, that sessions was classified as ‘not useful.’

That process of information gathering was the initiation of the existential phenomenology research effort in neurofeedback that has spanned almost 30 years.

So what did I discover?

There were clear structural differences (ie phenomenological differences) between sessions experienced jointly as ‘useful’ from those not experienced as so, from both the trainer and client.

Moreover, those differences could be operationalized mathematically when the correct, sophisticated JTFA methods were tuned appropriately.  I got ‘bread crumbs’ of what those mathematics were from my earlier studies in high school, but that was confirmed when I heard Karl Pribram of the Holonomic Model of Consciousness, Perception and Memory at Georgetown early in my undergraduate studies and he described the mathematics that made it possible to verify.

From then on the process of evolution to what ultimately became NeurOptimal® was dependent on available, relatively inexpensive computer platforms that could implement the requisite JTFA, and then the Nonlinear Dynamical Systems (NDS) mathematics to enable AutoNav.

To put it succinctly, instead of looking at what others believed to be ‘brainwaves’ and how they related to discrete states of consciousness, such as eyes open vs closed.  I investigated what actually occurred during ‘useful’ neurofeedback sessions, regardless of trainer experience, expertise, certification, etc., as well as across clients regardless of motivation or reason to seek out neurofeedback and across all kinds of neurofeedback systems and I’ve never looked back!"

What Changes can I expect From Neurofeedback? 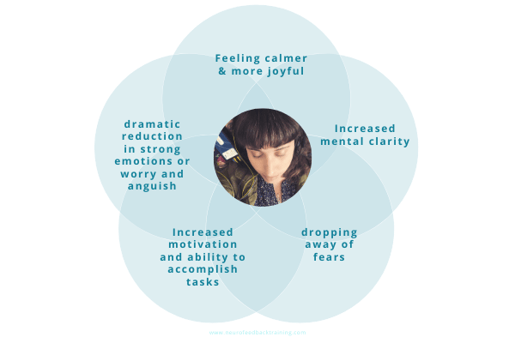 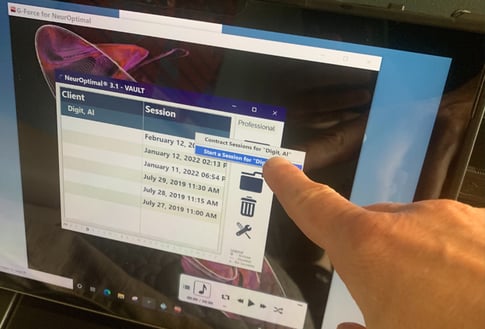 For their upgrade from 2.0 to 3.0 in 2018*, Zengar Institute, the maker of NeurOptimal device, hired six engineers to perfect what Dr. Valdeane Brown envisioned in the early 1970s.  One new feature is that the software now measures highest brain frequencies.  Brain frequencies, or brain wave frequencies, are the electrical output of the brain measured in Hertz and translated by mathematics into meaningful band waves.

For example, the highest brain frequencies, above 60 Hz, were found to be very active in advanced meditators.  This is a new discovery by researchers studying the brainwave patterns of longtime meditators in a state of meditation.  When Windows 10 was released in 2017, their team spent a year beta-testing to make sure that the software interfaced perfectly with the new Windows design.   Windows operating system and the NeurOptimal® software communicate with each other.  If their communication is in alignment then you experience seamless training, without the need for frequent technical support.

What Hasn't changed in the NeurOptimal® Device?

The main feature of NeurOptimal that didn't change from version 2.0 to 3.0 is the proprietary mathematics behind Dynamical® neurofeedback.   As the only neurofeedback on the market that uses it, the software applies an advanced mathematical formula that mirrors the electrical communication of the brain to itself.  The theory of brain plasticity, or how the brain can change its wiring to adapt functioning, is transformed into mathematics.

The brain, which communicates through chemical reactions and electrical impulses, is designed to improve its own communication but needs a feedback system. With NeurOptimal® through the millisecond-by-millisecond data collection (256 data points per second to be precise) the software alerts us to those inefficiencies so we can enhance overall performance.  The system of alerting is through micro-interruptions in auditory input (music).  Hearing is the main sense perception that the brain uses to detect changes in the environment.  In essence, the precisely-timed interruptions, tell us to pay attention to the environment.

Through awareness, change and improvements can happen.

How Do I know if Neurofeedback is working?

At Neurofeedback Training Co, we educate clients about the value of being able to track shifts in experience, whether they are emotions, quality of thinking, or behaviors.  To this end, we encourage our brain training clients to use our checklist and fill it out every 8-10 sessions to aid them in noticing the shifts happening in their lives.  We see over and over again that clients notice feeling better but are not sure why.  When they fill out their checklist and notice their 8s have dropped to 5s of various thought patterns, feelings and behaviors, they start to have more understanding of the 'whys'.  Read also our article; Is Neurofeedback a Sham? How do I know it is working?

NeurOptimal® provides the support for our lives to shift for the better.

Are you ready to find out if it's right for you? Not sure? Schedule your free consultation and find out more!

Natalie N. Baker, LMHC, is the founder of Training Co. and certified Advanced NeurOptimal® Neurofeedback trainer. She holds a Master's Degree in Counseling and has been working as a psychotherapist since 1999. As a practicing Buddhist since 1991 and a meditation teacher since 1998, she combines her Western and Eastern approaches bringing a broader perspective to mental health and wellness.In 2010 she added neurofeedback therapy to her practice as additional support for optimizing wellness.